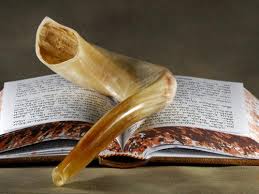 We are currently in the month of Tishrei.. which is Sept 14th – Oct 13th on our calendar.  It is the month of the Fall feasts… Rosh Hashanah, Yom Kippur and Sukkoth…. when we are to return to God and experience His glory.  It begins the Autumn months and a new season.  In the Bible, Tishrei is referred to as “the month of the strong” or “the month of the ancients”  It’s name means “beginning.”  It is the first month of the year on the Jewish civil calendar (Cycle of Blessing)  – this was to begin a new year of peace, health, joy, and provision in God’s presence…  and the 7th month of the year on the Jewish religious calendar (Cycle of Redemption) – He rescues us from the effects of sin and restores us to His original plan….. 7 signifies completion or fullness.  A month where things are completing and things are beginning.

These feasts of God are called God’s appointed times. They are not just rituals. They are not just holidays. But they are times that are set by God where He wants to meet with us to accomplish some specific things in our life every year.  God’s appointed times are eternal. They were not given just as temporary holidays…but the feasts of God are for all time. Leviticus 23 says “these are lasting ordinances for all generations and that they belong to the Lord.  Born again believers are not required to keep the feasts, however, knowledge of them enhances our faith…. they are revelations of Jesus.

The Feast of Trumpets is also called Rosh Hashanah, the “Head of the Year.”   Rosh Hashanah is the “Birthday of the World,” or  the “Anniversary of Creation.”  The trumpet blast at Rosh Hashanah is the signal to shift out of the old cycle and enter the presence of God.  The Feast of Trumpets sets your feet on the path to revival!  As you listen to the trumpet blast… Let go of old forms of security! Break out of old habits! Repent of old ways of thinking!  When the trumpets sound… SHIFT!

The 10 days from Rosh Hashanah – Yom Kippur are known as the Days of Awe. They are also called days of “Teshuvah.”     Teshuvah is a Hebrew word that means “to turn” and “to return.” It means repentance.   Isaiah 44: 22 says, “I have wiped out your transgressions like a thick cloud, and your sins like a heavy mist.   Return to Me, for I have redeemed you!”   During these 10 days we rejoice and stand in “awe” of Jesus (Yeshua) who made us “at-one” with God, the Father through His atoning sacrifice.   Yom Kippur is a day for us to honor the One who purchased us and redeemed us from the enemies grasp…. Col 1:13-14… He has delivered us from the power of darkness and conveyed us into the kingdom of the Son of His love, in whom we have redemption through His blood, the forgiveness of sins.

Sukkoth or the Feast of Tabernacles is a time of rejoicing in the Lord…. of feasting on His goodness. This is a unique feast recognized by temporary shelters (sukkot, or booths) being constructed and lived in during the week of the festival. A sukkah is a reminder that our lives on earth are temporary, and our reliance and trust are not in our material possessions but in our faithful and loving Father and in the One who “tabernacled” among us – Jesus, His Son and our Messiah. Ancient wisdom has called it a “shelter of faith” – trusting God as Jehovah Jireh. Succah also means to “see through” – a season of spiritual vision-looking beyond the natural. It was also a joyful harvest festival and is prophetic of the great harvest that is to come. Sukkoth is a good time to rejoice before Him…..seek His face and experience His glory. Let’s call out to God for a fresh outpouring of His glory in this new year.  Deuteronomy 16:14-15 says, “Be joyful at your feast (Sukkoth) for the Lord your God will bless you and your joy will be complete.”

Final day of Sukkot it is known as Hoshana Raba, “the day of Great Salvation”. It was on the last day of Sukkot that Jesus stood up and cried out “if anyone thirsts, let him come to me and drink. Whoever believes in Me, as the Scripture has said, out of his heart will flow waters of living water”. But this He spoke concerning the Spirit, whom those believing in Him would receive….. ~ John 7:37-38.

Ephraim is the tribe associated with this month.  Ephraim was the 2nd son of Joseph but the one who received the first born blessing from Jacob.  His name means double fruitfulness… double portion.  When he was born Joseph said “God has made me fruitful in the land of my affliction….. this is a month to be fruitful and multiply.  Ephraim was a blessed tribe.  In Gen 48 Jacob said “Manasseh will be great but Ephraim will be greater”.  The tribe of Ephraim were described as mighty men of valor, famous in their father’s households.  The Lord calls Ephraim the helmet of His head.  They were the dominant tribe in the Kingdom of Israel when Israel and Judah split.   But in spite of all the blessings, Ephraim messed up.  Jereboam, an Ephraimite, was the king of the northern tribes.  He re-introduced the worship of the golden calf…. because he was afraid that if the people continued to go to Jerusalem to worship they might eventually reject him and reunite with Judah.  God had chosen Judah and Jerusalem was the chosen place for worship.  Unfortunately, his fear of rejection, caused him to lead those under his leadership into idolatry.  He set up 2 golden calves and told the people they had been going to Jerusalem long enough, here is your God!  Although Ephraim experienced times of repentance it was always temporary.  Ephraim couldn’t get past bitterness.  The good news is revival hit Judah and the first place it spread to was Ephraim in 2 Chronicles 34 and they tore down the altars and destroyed the idols and the last reference to Ephraim in the Old Testament is Zech 10:7 and Ephraim is fully restored to the Lord and rejoicing before Him.

In the New Testament Ephraim is Samaria. The woman at the well not only received the gospel but evangelized her entire village.   In John 11 when the Judeans are trying to kill Jesus, he finds a place of safety in Ephraim.  In Acts 8 the first church planted after Jerusalem was in Ephraim.  Ephraim joyfully received the Gospel!

Ephraim had messed up but God had not given up on Ephraim.  I love what Robert Heidler teaches… Ephraim is the story of the Fall Feasts.  Ephraim sinned, they messed up and fell away from God and lost the blessing.  But they had a wake-up call the trumpets of an attacking Assyrian army (Rosh Hashanah).  The remnant of Ephraim repented of their sins and sought God (Yom Kippur)  And they entered into a time of great rejoicing in the Lord (Sukkoth).  There is never anything you can do that would cause God to give up on you and turn His back on you….. He is not counting your sins against you!  Jesus paid the price of the penalty of sin for you, to restore you to that right relationship with God…. the place of unbroken fellowship with Him.

So in this month of Tishrei be like Ephraim… wake up, repent and return to God and be fully restored to Him….enter His Presence and experience His glory and rejoice!