Join 262 other subscribers
Follow It Is Finished on WordPress.com

We’re already almost halfway through the month of Av….. it’s been a busy month for us in the Smit family.  We’re at the height of our summer farming season and life for us just feels non-stop, go, go, go.  I’m not complaining though… God has been so good to us and our fruit harvests get better and better each year.

I’ve also taken on teaching 4 Bible studies per week… one at church, one at my home, and 2 on an app called oovoo.  I love studying and teaching but it does leave me with very little time during the week for anything else.

However,  I wanted to take a moment this morning and write about the month of Av because it really is such a great month.. full of promise… even though on the Hebrew calendar this month is considered to be a low point….. a month of sorrow.  When studying the Hebrew months, we are to look for the redemptive side of things and pull out the treasure... pull out God’s original plans and purposes for each month.

Av was originally meant to be the month that the Israelites entered into the Promise Land BUT on the 9th of Av, ten of the spies came back with an evil report.. a report full of unbelief.  They came back and gave the people a mixed report (Numbers 13:25-14:10).  They told the people that yes it was true that it was a good land…. a land flowing with milk and honey…. BUT there was no way that they could take the land because the giants were not only bigger than them BUT even too big even for God.  They had a zero chance of success!

I want to be one who serves my generation well.  I want the words of my mouth to cause faith to arise in the hearts of those around me… to release life and destiny to them.  To encourage and help my generation reach their destinies.  And for the purpose of God to be manifested in their lives.  I choose to speak life words…  to give a report that stirs the hearts of those around me to press into the promises of God.  So that one day, like David, when it is time to “fall asleep” and be buried that it will be said of me that I served the purposes of God in my generation.

So even in a month viewed as a low point on the Jewish calendar, we can choose to see it as God originally intended….a month of goodness, grace, and favor.  A month of fulfilled destiny and promise!  A month of Holy Spirit’s transforming power (the 5th Hebrew letter hey which is connected to this month) making us fruitful and productive, taking what we are not and making us into what He has called us to be… as in taking Abram from father to Abraham “father of a multitude.”

The name Av literally means “father.” Av derives from the root, which means, “to will” or “to desire.”  This is a month for us to walk in the Father’s will for us.  It is a month to hear and then speak forth what you have heard from the Father… just like Caleb and Joshua.  They had another spirit… they wholeheartedly followed after God.  They were “filled” with following after, or following behind God… there wasn’t any room in them for anything else.  They had no plan B… they had no mixed reports.  They heard God’s promises and then saw through eyes of faith that they were well able to take possession of His promises. 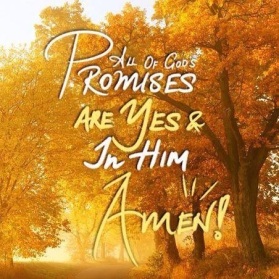 Caleb is one of my favorites in the Bible.  He is always so optimistic and full of undaunted faith…. wholehearted and unwavering!  Verse 30 in chapter 13 says that he silenced the people and told them we are well able to overcome… in the Hebrew he said we are “yakol yakol”.  He repeated the word, which means able, to have power, to prevail, to overcome!  Repetition of a word shows intensity.  He was in effect saying, “come on boys!!  We’ve got this!!  We can do it… we are strong in the Lord and the power of His might!”

In chapter 14 the people caved and given in to fear because the ten had spread an evil report.  Chapter 14 begins with saying they raised a loud cry (in Hebrew they “set” or established their voices). Even after hearing the encouragement of Caleb they made a choice to set their voices to speak contrary to what God had promised.  ALL because they listened to a group of fearful doubters.

Then it says they grumbled against Moses. The Hebrew word for grumble or murmur is lun which is to lodge, or to abide.  Grumbling, murmuring, complaining was abiding in them instead of the Word of God.

John 15:7 tells us that if we abide in Him and His Word abides in us we can ask whatever we desire and it will be done for us.

Their grumbling pitted them against Moses and Aaron… it actually says “over” Moses and Aaron.  Grumbling not only pits you against leadership but causes you to think you are over or above them… pride had set in.

This caused them to say three things:

Wow!!  They didn’t just react with fear to the possibility of the Promise Land being hard to conquer…. they spoke out against the purpose of God and accused God of having an evil purpose for them!

It says in verse 36 that the 10 spies had incited rebellion against the Lord with their bad report.  The word for bad report is “dibbah.”  It means to whisper, to defame or slander.  It’s from a root word meaning to move slowly, to glide over. Comparable to a word that means to walk slow or leisurely.  These men did more than just give an evil report to the congregation…. they did more than just give their fearful opinion of the matter.

These 10 men moved slowly through the camp from one person to the next whispering and slandering the promise of God.  Telling the people that this land… the land God has “given them” is not safe.  It devours and consumes it’s inhabitants.  It is full of “giants of the giants” and we saw ourselves as but grasshoppers and therefore they must see us like that also!

Caleb, when he is 80 and finally ready to enter the Promise Land with the 2nd generation of Israelites, asks for the biggest mountain which was inhabited by the fiercest of the enemies to possess!  His faith only got stronger during the 40 years of waiting.  I’m sure he probably spent the 40 years serving this 2nd generation well.   Stirring their hearts with courage and faith so that they would be able to walk in the purposes of God.

Joshua was another one who was full of faith and courage.  After he and Caleb tore their clothes in response to the Israelite’s words against God,  he tried again to encourage these rebellious people.  He assured them that it was a very good land.  In fact, he uses the word very twice… a very, very, good land.  An exceedingly, great land!!

He goes on to say that the Lord’s desire is to bring us into and give us a land flowing (gushing or overflowing) with milk and honey.  Overflowing and gushing with all good things.  Overflowing and gushing with prosperity and abundance.  He encourages them not to rebel against God and also not to fear the people of the Promise Land – “who will be our prey because the Lord is not with them and they have no defense.”  The Israelites responded by wanting to stone Joshua and Caleb.

Regardless of the Israelite’s response and the fact that they were not persuaded and moved by Joshua and Caleb’s words, Caleb and Joshua had served their generation well and were allowed to serve the next generation well and enter the Promise Land with them.   God will have a people, even if He has to raise up a second generation to receive and walk out what the first generation refused.

This month be determined to be one who speaks forth a good report… a God report.  Be one who chooses to see with eyes of faith… wholehearted in following after God… in being led by His Spirit into His exceedingly great promises.  Be a strong leader of faith, encouraging others to step out into God’s purposes for their life.  Serve your generation well – Acts 13:36