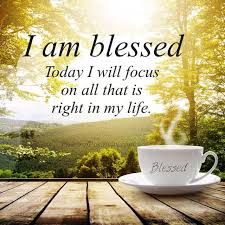 Wow, it’s been almost two months since I’ve written on this blog.  I’ve meant to, but life sometimes just gets busy.  And time does fly when you’re having fun.

We spent seven weeks down in San Clemente at the end of the year, and it was lovely.  We rented a condo that had a panoramic ocean view, and I spent the time just relaxing, reading, and spending quality family time with my husband and kids.  Just allowing God to refresh my soul.  I slept better than I had in a long time.  I spent dinners, coffee dates and beach time with good friends who have become more family than friends.  Just simple, pleasant long chats with girlfriends who encourage me, build me up and cause me go farther with God.  I was also teaching the book of Hebrews at our church down there as well as doing my weekly online teaching of the book of Romans.  The Hebrews study is finished, and we are wrapping up our Romans study next week.  So, I’ll now have more time to devote to this blog, and I’ve been putting together notes and studies for a book I’m working on.

We are almost at the end of the month of Shevat.  Shevat is spelled shin-beit-tet in Hebrew.  Shin is a picture of a crown.  Beit is a house, household or family.  Tet is the letter for goodness.  Shevat is a reminder that God has crowned our households…..our families with goodness. Psalm 65:11 “You crown the year with your goodness, and your paths drip with abundance.  Another translation says even the hard places overflow with abundance.

Asher is the tribe associated with the month of Shevat.  Asher means blessed or prosperous and comes from the root word “ashar” meaning to go on, to advance or to make progress.  Asher was blessed with the potential for every earthly blessing – abundant resources, the most fertile land in Canaan, many children, peace with the other tribes, the favor of God and security from enemies.  He is known as the prosperous one.

His blessing from Moses indicated both prosperity and pleasure.   Asher is the blessing beyond the norm – to be given more than what is necessary for just basic survival.  2 Cor 9:8 “And God will generously provide all you need. Then you will always have everything you need and plenty left over to share with others (New Living Translation).”  1 Tim 6:17b “….. place your confidence in God who richly provides us with everything to enjoy.”  We are meant to not only be prosperous but to enjoy that prosperity, both the spiritual and earthly riches.

We are in the decade of 70 on the Hebrew calendar which means ayin.  Ayin is symbolic of the ability to see or perceive and the choice of good and evil.   This decade (2010-2019) is a season to have increased vision. To open our spiritual eyes and begin to see from God’s perspective.

From God’s perspective everything He is ever going to do for us has already been done in Jesus.  2 Peter 1:3 “His divine power has given us everything we need for life and godliness through the knowledge of Him who called us by His own glory and excellence.”  Has given us… it’s past tense.  It’s already done.  All that we have to do is receive it and walk in it.  To do that we have to change our perception and see it as God does.  Sometimes our vision gets clouded by our five senses and by circumstances in life.  At times, others words can cause us to see ourselves through their perception of us instead of God’s.  God’s Word is a mirror.  When we look into it, we see who we truly are. Created in His image and His likeness.  We are joint heirs in Christ.

Exchange your vision for His.  Begin to see that He has already given you everything you will ever need for life… and for godliness.  Allow God to do the exceedingly, abundantly, above all you could ask, think, hope or imagine in your life this month in and through you!

This month walk in the revelation of all that God wants to do in your life… the prosperity He wants to pour out on you… not just enough but overflow.  Prosperity AND pleasure!   Walk in His goodness, in His richness.  This is a month to go forward and continue on in the inheritance He has blessed us with.  In Shevat, let’s remember to enjoy His bounty in our lives… to be happy…. full of joy, proclaiming “I am blessed with prosperity and pleasure in Christ Jesus”.  This is a GOOD month. 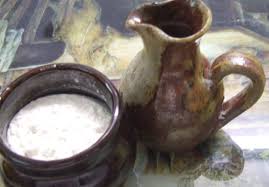 “But in truth, I tell you, there were many widows in Israel in the days of Elijah, when the heavens were shut up three years and six months, and a great famine came over all the land, and Elijah was sent to none of them but only to Zarephath, in the land of Sidon, to a woman who was a widow.” Luke 4:25-26

Yesterday my blog post was on Luke 4:16-30… Jesus is our Jubilee.   When He begins talking to them in verses 23-27, He was addressing their neglect of being a people of The Blessing….Gen 12:3 “I have blessed you to be a blessing to ALL families of the earth”

It’s important when we read Scripture that we really read it with the heartbeat of our Father.… a heart that beats with restoration and love.

In Luke 4 the people expected God to judge their enemies… to have vengeance on them.

Truth be told, sometimes we all feel that way…. so angry with someone or tired of their treatment of us that we cry out like David “slay the wicked Lord!” or like the disciples “Lord, do you want us to call fire down from heaven to destroy them?”.  We tend to like Scriptures like the one in Romans 12:19 that says “Vengeance is mine says the Lord, I will repay”…. of course the next part of that Scripture is if your enemy is hungry, feed him and if he is thirsty, give him a drink.

And Jesus rebuked His disciples telling them they didn’t know what kind of spirit they belong to because He didn’t come to destroy men’s lives but to save them….. sozo – to heal, deliver, rescue, make whole… nothing missing, nothing broken in their lives.  Remembering Romans 5:10 that we were once enemies of God and yet Jesus laid down His life for us.  Our hearts need to beat for our enemies the way God’s does… with love, restoration, being ministers of reconciliation.  Overcoming evil with love – not judgement.

God’s heart has always been for ALL people, every nation… Jews (believers) AND Gentiles (unbelievers).  Rahab, Ruth and the people of Ninevah are examples of God’s saving grace in the Old Testament.  Psalm 2:8 says ask of Me and I will give you the nations as your inheritance.

In Luke chapter 4 Jesus was giving them examples of the Gentiles that Elijah and Elisha had done miracles among… and this widow woman in 1 King 17:8-16 is one of them.  We don’t know the widow’s name, but we know where she is from, her circumstances and the circumstances of the nation at that time.

The land was in a middle of a drought and the brook that Elijah was at was dry. The drought had been for 3.5 years.. meaning the people of Israel could not grow crops and in turn they could not feed and take care of their own widows.

The verses before that tell us that Ahab was Israel’s king and he had married Jezebel.  And then Ahab built altars and groves for her god Baal.  And in doing so he angered God more than any of the Israelite kings before him.  And during this time Ahab commissioned the rebuilding of Jericho through Hiel, the Bethelite…. although God had ordered through Joshua that it never be rebuilt (Joshua 6:26).

This is where the widow resided… a place that was full of idolatry and rebellion… and yet it was just the place where God was going to pour out His grace and extend His love to this Gentile woman.  Luke 4:26 says there were many widows in Israel at the time but Elijah was sent to none of them…. he was sent to this widow only.. a Gentile widow.  God tells Elijah to go to Zarephath in the region of Sidon and stay there because He has commanded a widow there to supply him with food.

God chose her… she didn’t choose Him (John 15:16).  She had no idea that God had commanded her to feed Elijah.  Ephesians 2:8-10 for by grace have ye been saved through faith; and that not of yourselves, it is the gift of God; not of works, that no man should glory.  For we are his workmanship, created in Christ Jesus for good works, which God afore prepared that we should walk in them.  God prepared her good works in advance… long before she had the opportunity to do them.

Even though there were 7000 in Israel who were still faithful to the Lord… and many would’ve considered it a great honor to help Elijah.  Instead God chose a widow in Zaraphath… a foreigner outside of Israel’s borders.  God chose a Gentile to take care of Elijah…. she didn’t have the priviledges that Paul talked about in Romans 9:4-5….. the people of Israel, chosen to be adopted to sonship, God revealed his glory to them, He made covenants with them and gave them his law, He gave them the privilege of worshiping him and receiving his wonderful promises, Abraham, Isaac, and Jacob are their ancestors, and Christ himself was an Israelite as far as his human nature is concerned.   Not only did she not have that great heritage…. she had a distinctly ignoble one.

But she did have one thing going for her… in 1 Kings 17:12 she acknowledges the “Lord, God of Israel lives”.  She is a pagan Gentile widow in the midst of a pagan godless area but acknowledges the true and living God. And then she did what the prophet… the man of God asked her to do.  She added faith to her acknowledgement. She believed the word of the prophet and gave ALL that she had. She gave everything… the last little bit to God.   God also later raises this woman’s child back to life.  Faith pleases God.

The gospel is the power of God unto salvation.. healing, deliverance, rescue, making whole… to ALL who believe (Romans 1:16).

Next blog post we’ll look at Jesus’ other example, Naaman the Syrian…..